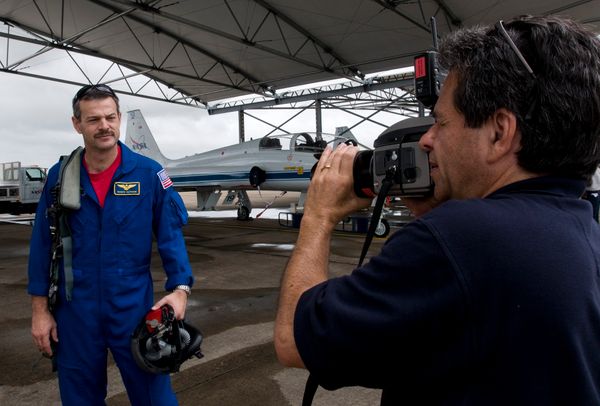 Michael R Soluri is a photographer, picture editor, author, and speaker. His photography explores obscure locations, micro cultures and objects. His current film-based project is an exploration of surfaces and symbols under what had been an isolated, restricted Apollo era launch pad in context to human cave art.

His assignments and projects have taken him into cultures not only across America, through Europe, India and Brazil, but also into the restricted, behind the scene work cultures of human and robotic spaceflight.

For over two decades Michael has portrayed the humanity and craft behind the scenes of NASA and its aerospace contractors, His experience brings not only trust, but measurable skill in knowing how to photograph in secure, limited access and unusual work environments that result in unscripted images that reveal a visual sense of craft and humanity.

Michael is a Simon & Schuster author of Infinite Worlds - the People and Places of Space Exploration, a coffee table book of portraits and unscripted behind-the-scenes photographs on the labor, craft, tools and humanity that saved the Hubble Space Telescope. Former astronaut and Senator John Glenn, the first American to orbit the Earth, wrote the introduction.

Eight mural size images from his series on "astronaut space tools as sculpture" are in the permanent collection of the Smithsonian’s National Air & Space Museum in Washington, DC.

Mural size photographs from "Cave Art Continuum" were exhibited in Lucca Italy at Photolux 2019, and in SHUTTLE at the South East Museum of Photography in Daytona Beach, FL.

Photographs from his documentation of NASA's New Horizons Pluto Mission and the last Hubble Space Telescope servicing mission have been published in Taschen's The NASA Archives: 60 Years in Space by Piers Bizony.

A 25 page Epilogue, "New Horizons: An Abbreviated Photographic Journal" has been published in The Pluto System After New Horizons by the University of Arizona Press.

Please refer to MEDIA and VENUES

Based on his participation in the historic STS 125 / Hubble SM4 mission, Michael received a NASA commendation— signed by NASA Administrator Charlie Bolden: "... for contributions that rival the best that NASA has achieved in innovation and overcoming challenges."

And, as a result of photographically documenting the New Horizons mission to the Pluto System since 2005, Soluri received a Group Achievement Award "for exceptional contributions in the successful completion of the initial reconnaissance of the Pluto system ..."

His corporate sponsors include: Canon USA, Legion/Moab papers, EIZO, Cineo Lighting, Glyph Technologies and LiveBooks. Michael has also been donating his services for the Challenger Center.

The asteroid 2001 QL307 has been named Soluri 187981. Located between Mars and Jupiter, Soluri 187981 has been officially catalogued by the Minor Planet Center at Harvard’s Smithsonian Astrophysical Observatory. 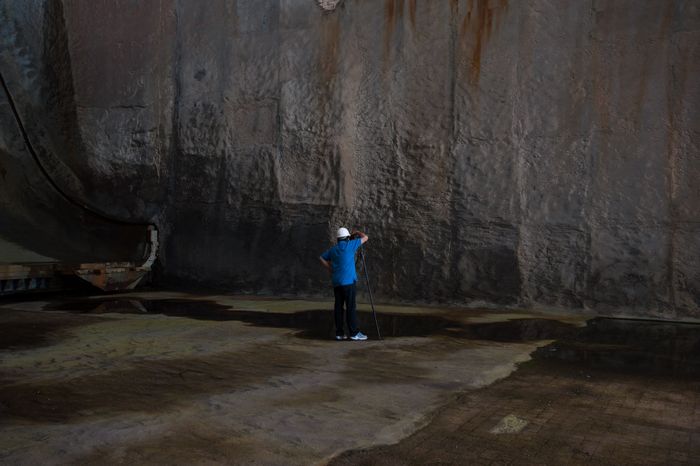 Through my photographic journeys, the meaning of space exploration unfolds in many unanticipated ways. Self portraiture in space was one. Among the most revealing: an insightful conversation with Neil Armstrong who acknowledged his intent on consciously photographing his shadow in context to his Apollo 11 lunar landing craft.

Then there was guiding Scott Altman— the Commander of STS125 and John Grunsfeld, lead mission specialist on STS 125 Hubble SM4 and crew in documenting their mission while on orbit at the Hubble Space Telescope. Among their significant images, was John's iconic self portrait reflected off of the surface of the orbiting Hubble with the Earth and space shuttle.

Since 2005, I have been documenting behind-the-scenes of NASA's New Horizons mission of the Pluto system with Principal Investigator Alan Stern and the New Horizon's science and engineering teams.